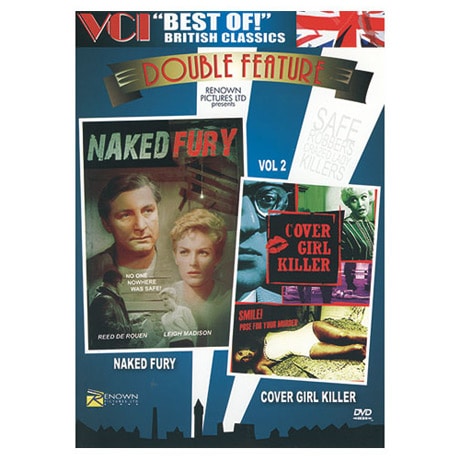 After killing a guard during a robbery, four criminals kidnap the man's daughter (Leigh Madison), in 1959's Naked Fury, later released in the U.S. as The Pleasure Seekers. There's still a chance at a clean getaway, but one member of the gang (Kenneth Cope) might just be falling in love. This double feature includes Cover Girl Killer (1960), a crime drama about a serial killer targeting the models of a glamour magazine. When cover girl Gloria Starke (Bernadette Milnes) is found dead after going on an assignment with a mysterious TV producer (Harry H. Corbett), Inspector Brunner (Victor Brooks) is put on the case.