You Know What Sailors Are 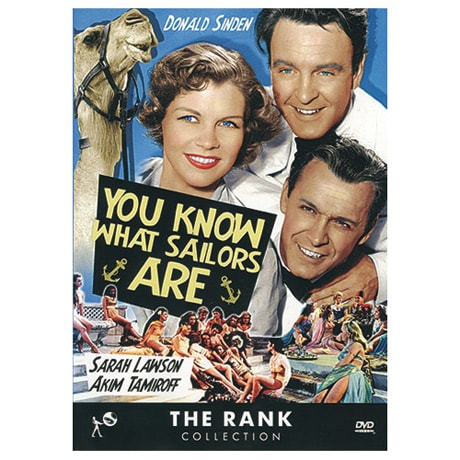 You Know What Sailors Are

While on a drunken spree, British sailor Lt. Sylvester Green (Donald Sinden) and his buddies weld a baby carriage and three brass balls onto a foreign vessel, in this 1954 romp. By the next morning, naval intelligence wants to identify this bold new radar device being exhibited by England's adversaries, and insists upon having similar devices installed on its ships. This practical joke rapidly precipitates a major international incident, and it's getting rather late in the game for Green and company to confess. When Green is dispatched to the mythical nation of Agraria to teach them about radar, he is held captive by the President (Akim Tamiroff) and his very accommodating daughters; it looks like this sailor is in deep trouble now.