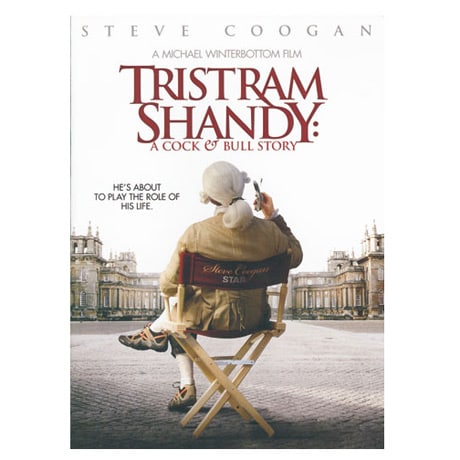 Michael Winterbottom's inventive and hilarious 2005 adaptation of Laurence Sterne's 18th-century novel The Life and Opinions of Tristram Shandy, Gentleman skips back and forth between the era of the novel and the present, where filmmakers are trying to make a movie of the notoriously unfilmable book. Narrated by Shandy (Steve Coogan, playing an egotistical version of Steve Coogan), the warped tale focuses on his life from conception on, with numerous digressions and unfinished thoughts, while being crammed with literary jokes and dark humor. Rob Brydon, Gillian Anderson, Dylan Moran, and Stephen Fry also play versions of themselves and characters in the film-within-a-film. The DVD includes extended and deleted scenes, commentary, and behind-the-scenes footage.