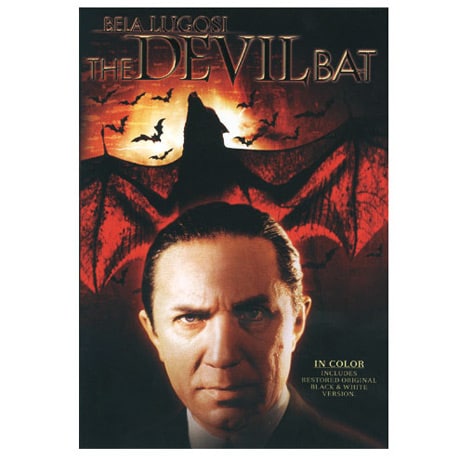 In this entertaining 1940 horror film, Bela Lugosi stars as Dr. Paul Carruthers, a researcher seeking revenge against his employers, whom he believes have cheated him. Devising a new breed of enormous, aggressive bats, Carruthers trains them to attack anyone wearing an aftershave that he has concocted and given to his prospective victims. In an effort to uncover the secret to the mysterious attacks, big city reporter Johnny Layton (Reefer Madness star Dave O'Brien) and his bumbling photographer "One-Shot" McGuire (Donald Kerr) follow the clues to their source, but will they be able to end Carruthers's mad vendetta?

"[This film] has a sublimely weird ambiance and is unquestionably mesmerizing, due in large part to Lugosi's intensely creepy performance as a man driven to murder by his warped sense of wounded pride."—Turner Classic Movies