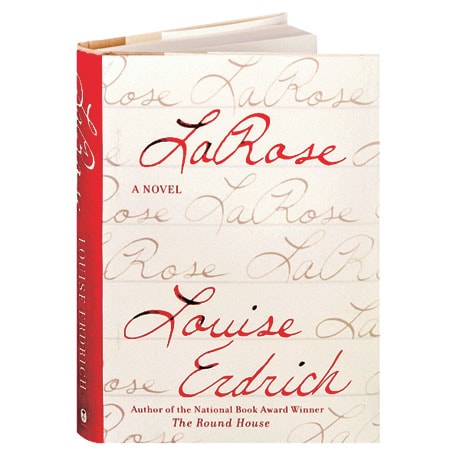 (Winner of the 2016 National Book Critics Circle Award, and a New York Times Book Review Notable Book of the Year) Daedalus favorite Louise Erdrich—author of the National Book Award winner The Round House and the Pulitzer Prize finalist The Plague of Doves—once again spins her narrative magic in this haunting tale of a tragic accident, a demand for justice, and a profound act of atonement with roots in ancient Native American culture. When Landreaux Iron accidentally kills the five-year-old son of his friend and neighbor, he gives the bereaved family his young son LaRose to raise as their own. As the years pass, LaRose becomes the linchpin linking the two families, and eventually their mutual pain begins to heal—until a vengeful man with a long grudge against Landreaux threatens the tenuous peace that has kept these two fragile families whole. Erdrich, as Philip Roth wrote in the New York Times, "is, like Faulkner, one of the great American regionalists, bearing the dark knowledge of her place, as he did his. She is by now among the very best of American writers."

"Incandescent.... Erdrich has always been fascinated by the relationship between revenge and justice, but ... LaRose comes down firmly on the side of forgiveness. Can a person do the worst possible thing and still be loved? Erdrich's answer is a resounding yes."—NYTBR (front page)

"A masterly tale of grief and love.... The recurring miracle of Erdrich's fiction is that nothing feels miraculous in her novels. She gently insists that there are abiding spirits in this land and alternative ways of living and forgiving that have somehow survived the West's best efforts to snuff them out."—Washington Post

"The radiance of this many-faceted novel is generated by Erdrich's tenderness for her characters.... A brilliantly imagined and constructed saga of empathy, elegy, spirituality, resilience, wit, wonder, and hope that will stand as a defining master work of American literature for generations to come."—Booklist (starred review)