The Rolling Stones—All the Songs: The Story Behind Every Track 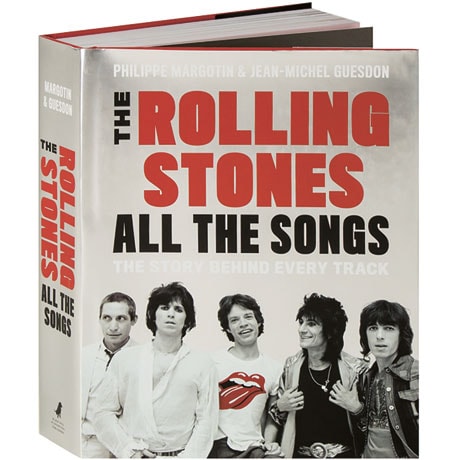 The Rolling Stones—All the Songs: The Story Behind Every Track

Since their 1963 debut album, recorded over five days at Regent Studio in London, the Rolling Stones have produced 29 studio albums, 18 live albums, and more than a hundred singles. In this massive, highly visual catalogue—the follow-up to All the Songs: The Story Behind Every Beatles Release—music journalist Philippe Margotin and music producer Jean-Michel Guesdon take us song by song through the 340 tracks the Stones have recorded, from their early discs to the "golden age" albums produced by Jimmy Miller from 1968 to 1973, and their later work with Don Was, who has produced every Stones album since Voodoo Lounge. Margotin and Guesdon unearth the origins of each song, provide details on the recordings themselves and the instruments used, and offer behind-the-scenes stories of the sessions. Here too are tidbits for die-hard Stones fans, from how the mobile studio they pioneered was featured in Deep Purple's classic song "Smoke on the Water" to how Keith Richards used a cassette recording of an acoustic guitar to get the unique riff on "Street Fighting Man."

"Margotin and Guesdon combine a passion for music with thoughtful and comprehensive research, resulting in ready-reference that doubles as the ultimate coffee-table book. There's an entry for each song, along with a sumptuous array of images and anecdotes galore. It may only be rock and roll, but fans will like it (yes, they will)."—Library Journal