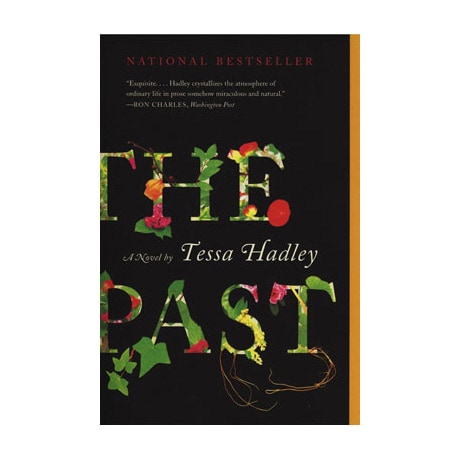 Following her New York Times Notable Books The London Train, Sunstroke, and Married Love, Tessa Hadley here offers a "Chekhovian" (NYTBR) tale of intertwined family relationships. Three sisters and a brother—Harriet, Alice, Fran, and Roland—descend on their grandparents' dilapidated old home in Britain's Somerset countryside for a final summer holiday, complete with children, a new wife, and an ex-boyfriend's son. The house is full of memories of their childhood and their past—their mother took them there to live when she left their father—but now, they may have to sell it. And beneath the idyllic pastoral surface lie simmering tensions and secrets, which will rise to the surface over three long, hot weeks. Sophisticated and sleek, Roland's new wife (his third) arouses his sisters' jealousies and insecurities. Kasim, the 20-year-old son of Alice's ex-boyfriend, becomes enchanted with Roland's 16-year-old daughter Molly. Fran's young children make an unsettling discovery in an abandoned cottage in the woods that shatters their innocence. Passion erupts where it's least expected, leveling the quiet self-possession of eldest sister Harriet, and as their stories and silences intertwine, small disturbances build into family crises, while their way of life—bourgeois, literate, ritualized, Anglican—winds down to its inevitable end.

"From the coziest and most familiar of fictional materials, Hadley has created a remarkable story as disturbing as it is diverting."—Fresh Air (NPR)

"For anyone who cherishes Anne Tyler and Alice Munro, the book offers similar deep pleasures. Like those North American masters of the domestic realm, Hadley crystallizes the atmosphere of ordinary life in prose somehow miraculous and natural."—Washington Post

"An exquisite writer, a writer's writer, with a fine eye for detail and a way of crafting sentences that make you stop and inhale.... Hadley should be a bestseller rather than literary fiction's best kept secret."—Times (London)