In the Footsteps of Abraham: The Holy Land in Hand-Painted Photographs 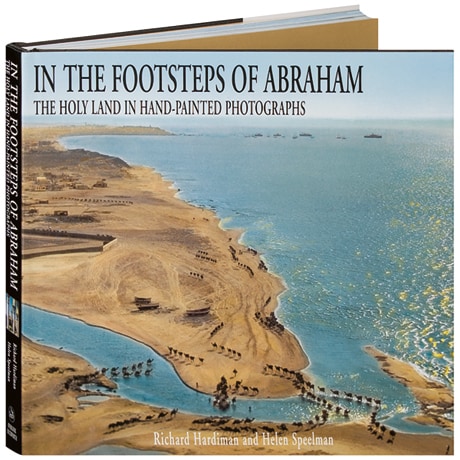 In the Footsteps of Abraham: The Holy Land in Hand-Painted Photographs

This oversized album offers an astounding color portrait of the Holy Land as Moses or Jesus might have known it, captured seemingly in the moment before these biblical landscapes were brought forward 2,000 years into the modern era. The original black and white photographs were taken at the turn of the 20th century by the Matson Photo Agency (part of Jerusalem's expatriate American Colony); Ari Speelman then commissioned the massive undertaking of delicately hand-coloring 1200 of them on glass plates for his popular lantern slide lectures in the 1920s. The plates were ultimately bequeathed to the Jewish Historical Museum in Amsterdam, and the finest of them are presented here in 172 full-page images.