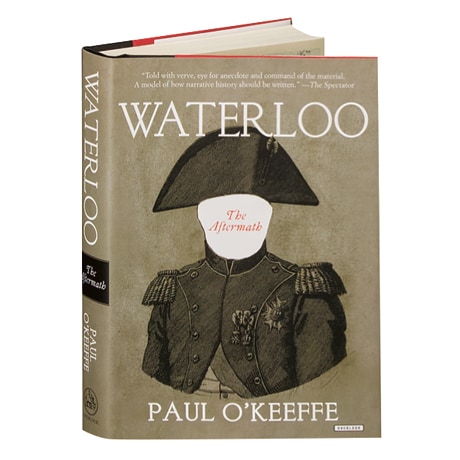 In the early hours of June 19, 1815, more than 50,000 men and 7,000 horses lay dead or wounded on a battlefield just south of Brussels. In the hours, days, and months that followed, the battlegrounds would be looted and cleared, the dead buried or burned, and the ground and ruins overrun by tourists, while victorious British and Prussian armies would invade France and occupy Paris. As his military and political enemies closed in, Napoleon saw no future but surrender, exile, and captivity, even as news of his defeat began shaping the consciousness of the coming era. Paul O'Keeffe employs contemporary sources to portray the sights, sounds, and smells of the battlefield and the widening circle of its impact.

"O'Keeffe describes these fraught, uncertain days with skill and a touch for ground-level detail.... O'Keeffe has told in vivid colors a story that is often passed over in most narratives, but that is alive with drama and human tragedy."—NYTimes