My Grandfather's Gallery: A Family Memoir of Art and War 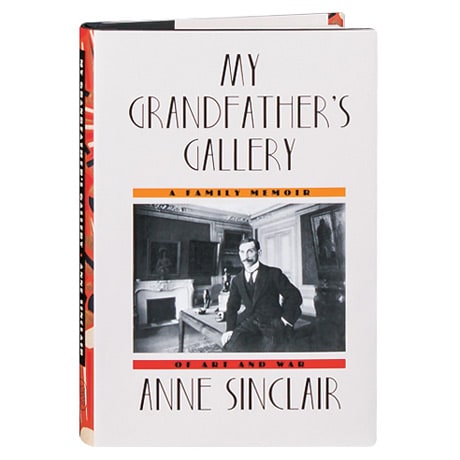 My Grandfather's Gallery: A Family Memoir of Art and War

In the 1920s and 30s, Paul Rosenberg was among the most influential art dealers in Paris, devoted to the modernist artists he represented, including Picasso, Braque, Matisse, and Léger. But with the German occupation his citizenship was revoked and his Galerie Rosenberg—piled high with work deemed "degenerate" by the Nazis—was requisitioned as a propaganda office, the Institute for the Study of Jewish Questions. Rosenberg's family was barely able to flee Paris, but his beloved art was looted and scattered across the continent. Half a century later, his granddaughter, French television and print journalist Anne Sinclair, rediscovered his legacy. Through documents, remarkable correspondences between her grandfather and his artists, and her personal memories visiting galleries with him as a child, she paints an intimate and vivid picture of mid-20th-century art history.

"A vivid portrait of a moment of exceptional brilliance in French artistic life ... the speed and greed with which it was so brutally destroyed, and the efficiency with which these deeds of destruction were covered up and forgotten."—Spectator (London)

"More memoir than biography, this book's fascination comes from the feeling that the reader is discreetly looking on, brought up close to the author's own emotional experience as she roams back and forth across time ... like a set of wistful glimpses, meticulously analyzed, into a past that emerges as truly another country."—Guardian (London)