A Rush of Blood: A Bob Skinner Mystery 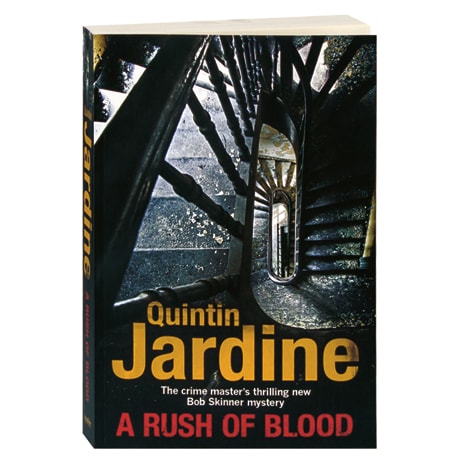 A Rush of Blood: A Bob Skinner Mystery

The horrific suicide of a successful Lithuanian entrepreneur rouses suspicion for Bob Skinner—newly appointed Chief Constable of Police Scotland—in this 20th mystery of the series (after Fatal Last Words). Skinner and his colleagues have crossed swords with this businessman before, and they can't understand why a man with everything to live for would take his own life. Then a Jane Doe, drugged and incoherent, is dumped in a health center by a mysterious Galahad, who then promptly disappears. Who is this girl? Who is her caretaker, and where has he gone? And why is it that most of the massage parlors in the city have apparently been shut down overnight? Scotland's top cop, and certainly one of the toughest, Skinner often personally oversees the investigations out of his old CID office in this gritty procedural series—the first book of which, Skinner's Rules, was nominated for the CWA's John Creasey Award for Best First Crime Novel of 1993. Himself a crusty Scot, Quintin Jardine follows his irascible detective through professional and personal travails.