The Son of Enlightenment: The Mozart Series 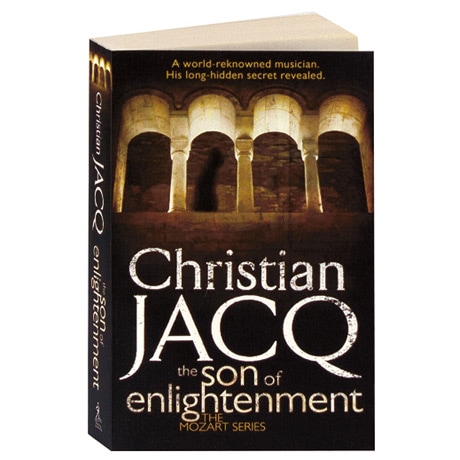 The Son of Enlightenment: The Mozart Series

First a symphony and then a song—Mozart can never stop composing; it's as if his life depends on it. But in this second book in the Mozart series (following The Great Magician), his showy creativity angers his employer, the Prince-Archbishop of Salzburg. The rebellious young musician leaves the oppressive court of his patron by moving to Vienna, where he will finally meet the love of his life, Constance Weber. Meanwhile Thamos, Count of Thebes and Mozart's ever-faithful Egyptian companion, begins instructing his young protégé in the Masonic rites inspired by the Egyptian Great Mysteries. But doing so places Thamos and Mozart in great danger, for the governing powers will not tolerate what they take to be the first steps towards revolution. Though set in 18th-century Europe thousands of years after the time of the pharaohs, this historical novel from Egyptologist and writer Christian Jacq continues themes from his Ramses, Mysteries of Osiris, and other series set in ancient Egypt. In this series we meet Thamos—one of the last members of a spiritual brotherhood keeping alive the secrets of the pharaohs—who has been entrusted with the mission to find and protect the "Great Magician"—a genius whose works will save humanity—whom he believes has been reincarnated in the musical prodigy Mozart.