The Brother of Fire: The Mozart Series 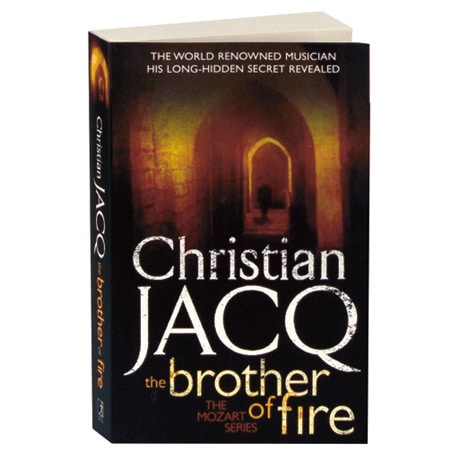 The Brother of Fire: The Mozart Series

Thamos, Count of Thebes, is one of the last members of a pharaonic brotherhood and has been entrusted to find and protect the "Great Magician," believed to have been reincarnated in the musical prodigy Mozart. In this third book in the series (following The Son of Enlightenment), Thamos has succeeded in initiating Mozart into the Masonic rites inspired by the Great Mysteries of ancient Egypt; the composer has thrown himself into the rituals, in which he finds inspiration for two new operas, Figaro and Don Giovanni. In love, and the father of a young son, Mozart is hugely popular and successful. But in Vienna, Masonic lodges are kept under surveillance, and their members are suspect; Mozart has powerful rivals, jealous of his prodigious talent, while the threat of war with the Ottomans looms ever larger. Though set in 18th-century Europe thousands of years after the time of the pharaohs, this historical novel from Egyptologist and writer Christian Jacq continues themes from his Ramses, Mysteries of Osiris, and other series set in ancient Egypt.