The Heart of Christianity: Rediscovering a Life of Faith 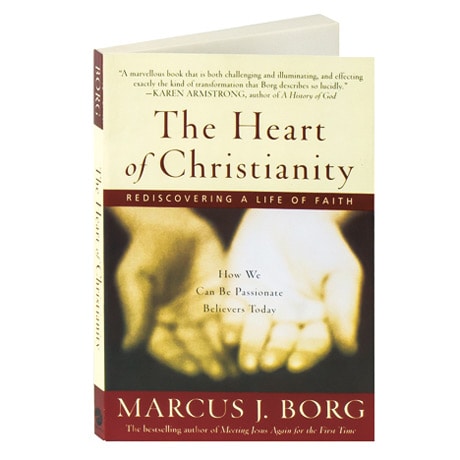 The Heart of Christianity: Rediscovering a Life of Faith

A scholar on the historical Jesus and the author of Meeting Jesus Again for the First Time, Marcus Borg argues here that the essential ingredients of a Christian life—faith, being born again, the kingdom of God, the gospel of love—are as vitally important today as they have always been, even during times of conflict and change in the church. Borg explains for thinking Christians how to discover a life of faith by reconceptualizing familiar beliefs. Being born again, for example, has nothing to do with fundamentalism, but is a call to radical personal transformation. Talking about the kingdom of God does not mean that you oppose secularism, but that you have committed your life to the divine values of justice and love. And living a true Christian way is about opening one's heart to God and to others.

"Christianity appears to be at a crossroads, and religious historian Borg draws a distinction between what he calls an emerging paradigm and an earlier paradigm. The distinction is important because Christianity, he says, still makes sense and is the most viable religious option for millions. He contends the earlier paradigm, based upon a punitive God and believing in Christianity now for the sake of salvation later, simply doesn't work for many people. It also doesn't take into account the sacramental nature of religious belief; that is, religion as a vessel wherein the sacred comes to the faithful. Borg's emerging paradigm is based upon the belief that one must be transformed in one's own lifetime, that salvation means one is healed and made whole with God. He feels the new paradigm allows more people to be and become Christians. In his compelling proposal Borg consistently aligns the emerging paradigm with God, Jesus, the Bible, tradition, and religious practice, which constitute the heart of Christianity."—Booklist