The Norm Chronicles: Stories and Numbers About Danger and Death 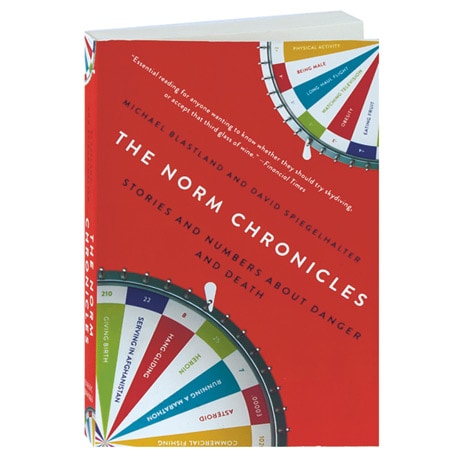 The Norm Chronicles: Stories and Numbers About Danger and Death

Is it safer to fly or take the train? How dangerous is skydiving? And is eating that extra sausage really going to kill you? We've often heard statistics for risky activities, but what do they mean in the real world? Journalist Michael Blastland and risk expert David Spiegelhalter explore these questions through the stories of the average human "Norm" and an ingenious measurement called the MicroMort—a one-in-a-million chance of dying. They reveal why general anesthesia is as dangerous as a parachute jump, giving birth in the United States is nearly twice as risky as in Britain, and that the radiation from eating a banana shaves three seconds off your life—and somehow, they make it an entertaining read.

"They teach us how math helps us sensibly assess and manage risk. Just remember: You can crunch the numbers as much as you like, but when it comes down to any given individual, chance always plays a part."—NYTBR