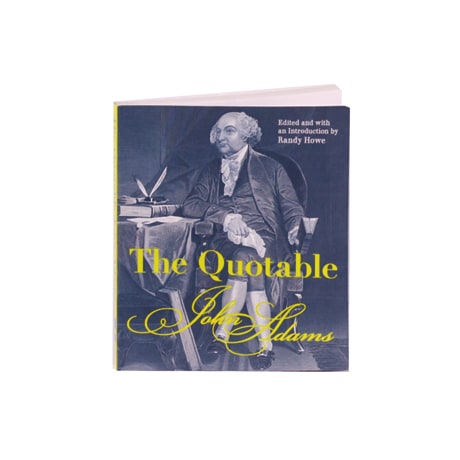 A trust of the greatest magnitude is committed to this legislature and the eyes of the world are upon you, John Adams reminded the first Senate in 1797. Statesman, philosopher, devoted family man, and a notably acerbic wit, Adams achieved fame first as an architect of the American Revolution and later as America's second president. Adams was also a prolific writer and public speaker; his words on patriotism, democracy, war, religion, his fellow man, and civic duty reflect the gentle musings and razor-sharp opinions of an accomplished thinker and profoundly compassionate human being. This book presents more than 500 quotes in 11 categories, as well as insights offered by his wife Abigail, their children, Adams's contemporaries, and historians.