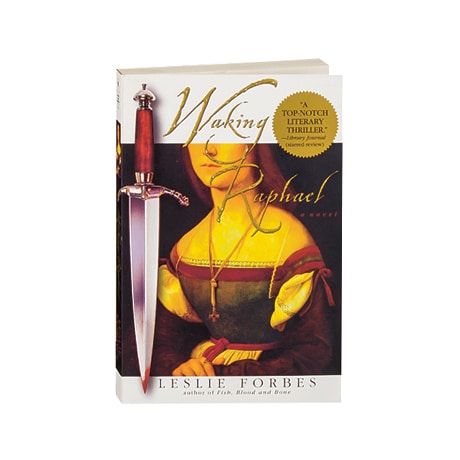 The Orange Prize-nominated author of Fish, Blood, and Bone here introduces English art restorer Charlotte Penton, who has a passion for finding what's beneath the surface of ancient paintings obscured by time, clumsy restorations, and political revisions. She comes to Urbino, Italy, the ancestral home of Raphael, to restore his classic La Muta—The Silent Woman; the inhabitants of Urbino, however, are more concerned with the inexplicable miracles that begin to occur after a living mute violently attacks her counterpart in the painting. Pilgrims crowd the streets as the Vatican investigates these events, while television crews swarm the ancient town. What secret could be concealed in the enigmatic masterpiece? Unwillingly forced into the center of the controversy, Charlotte grows dangerously close to ice-cream maker Francesco Procopio, a man who rubs elbows with those involved in covering up Italy's past indiscretions.

"The Da Vinci Code meets Captain Corelli's Mandolin in this top-notch literary thriller.... The more Charlotte delves into the history of the tiny, scarred village, the more she learns about the horrifying atrocities that occurred there during World War II and the widespread cover-up that followed. With touches of magic realism, Forbes adds mystery to a novel that combines art, Catholicism, government corruption, political history, and a dash of romance."—Library Journal