A Brief History of British Sea Power: How Britain Became Sovereign of the Seas 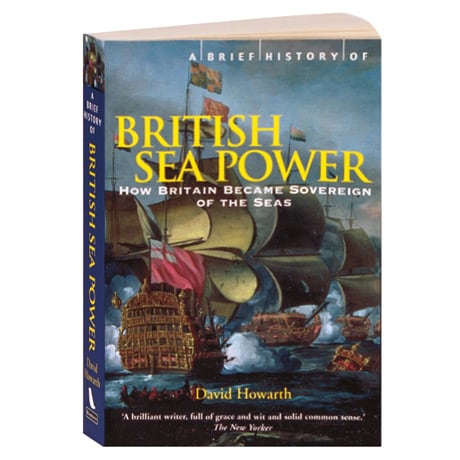 A Brief History of British Sea Power: How Britain Became Sovereign of the Seas

The British did not take to water like ducks, notes historian David Howarth; for centuries they did little more than cling to coastal waters, outclassed by Roman and Viking seamen. A former intelligence officer for the Royal Navy in World War II as well as a designer and builder of boats himself, Howarth here charts the development of British sea power from the fifth-century leather boats sailed by Irish monks to the battleships of World War II. He explains how Britain's successes began with Elizabeth I and the defeat of the Armada, thanks to superior gunnery and seamanship; the later expansion of trade routes and the great 18th-century ships-of-the-line; and the defeat of Napoleon, ushering in a Pax Britannia on the waves.