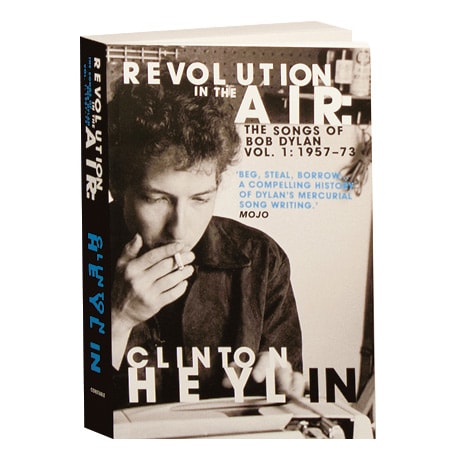 A leading expert on the life and work of Nobel laureate Bob Dylan—most notably the author of the often-updated Dylan biography Behind the Shades—British music writer Clinton Heylin here begins his two-volume analysis of Dylan's songs. We learn that the middle verse of "Blowin' in the Wind" was written much later than the first and third verses, "The Lonesome Death of Hattie Carroll" was based on a complete distortion of the facts of the case, and "Fourth Time Around" was a direct response to John Lennon's "Norwegian Wood."

"Prolific Dylanologist Heylin makes his arguably greatest contribution with a painstakingly researched consideration of every song Dylan is known to have written. Drawing from manuscripts, studio logs, concert recordings, and other sources, Heylin traces Dylan's career by listing the songs in order of writing rather than public presentation. This first of two volumes collects everything from juvenilia predating his 1961 arrival in New York to his 1974 comeback album, Planet Waves. Even songs that were never recorded or performed are noted, but the major ones receive multipage write-ups that are, in essence, insightful, revelatory mini-essays. Documenting the mercurial performer's transitions from Guthrie-influenced folkie to raging rocker to laid-back country singer, Heylin, who appears to have heard virtually all of the concerts Dylan has performed during the past 20 years of what has come to be known as the 'Neverending Tour,' reveals how vintage songs take on new meanings as they're recast by their author on stage decades later."—Booklist