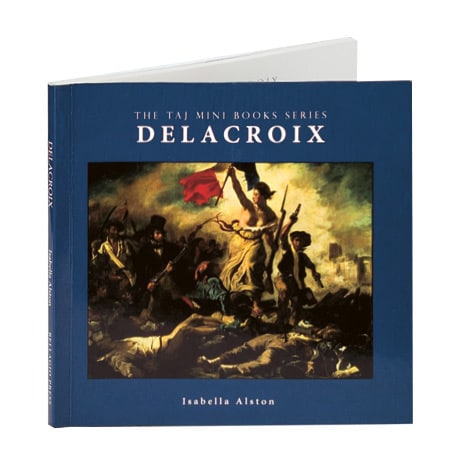 Considered by many art historians to be the most important of the Romantic painters in 19th-century France, Eugène Delacroix is often attributed with influencing not only the aesthetic look of Romanticism but also the literature of the era. His famous painting Liberty Leading the People (1830) represents the Parisian people in their search for liberty, fraternity, and equality—a subject of central importance in postrevolutionary France—and Delacroix also became a leading proponent of Orientalism after traveling with a diplomatic mission to Morocco in 1832. This affordable, compact yet attractive little book surveys his career in 82 color plates, with works from The Barque of Dante (1822) and Orphan Girl at the Cemetery (1824) to Women of Algiers in Their Apartment (the 1834 & 1849 versions) and Hercules and Alcestis (1862).