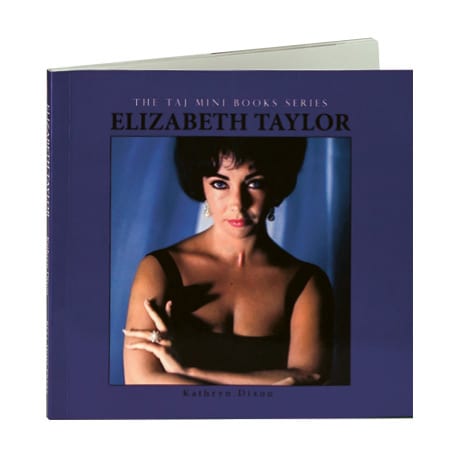 Known for her stunning beauty and for her seven husbands and eight marriages—two of which were to tempestuous Welsh actor Richard Burton—as well as for the offscreen dramas of her life and for her activism supporting AIDS/HIV research following her screen career, Elizabeth Taylor remains the epitome of the mid-20th-century movie star. This affordable, compact yet attractive little profile (measuring just 6 × 6 inches) surveys her iconic performances in such films as Giant, Cat on a Hot Tin Roof, Butterfield 8, Cleopatra, and Who's Afraid of Virginia Woolf, illustrated with page-filling photos and film stills of Taylor, her leading men, her husbands, and her four children.