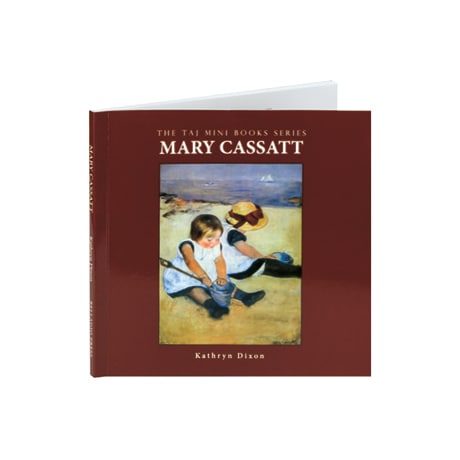 The second female artist and the only American to be associated with the French Impressionists (at the invitation of her close friend Edgar Degas), Mary Cassatt's work was invigorated and enlivened by her exposure to the other Impressionists' avant-garde ideas. Though never a mother herself, she is known for her sublimely tender paintings and pastels of mothers and their children. Cassatt also played a large role in bringing the work of such Impressionists as Degas, Manet, and Corot—as well as the works of El Greco and Rembrandt—to the United States. Illustrated with 82 color plates, presented singly on the page, this compact yet attractive book surveys her career from early works like Child Drinking Milk (1868) and The Bacchante (1872) to classic mature paintings like The Family (1893) and Summertime (1894), and the late works Auguste Reading to Her Daughter (1910) and Mother and Child (1914)