Can It Happen Again? 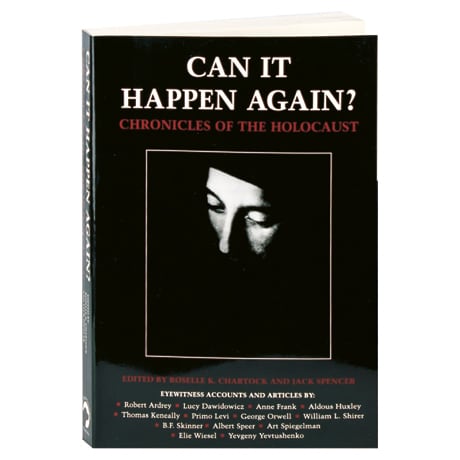 Can It Happen Again?

Genocide and racial persecution have always been a part of human history, posit the editors of this anthology, but never before the Holocaust in World War II was such persecution practiced on so vast a scale or with such calculated cruelty. The readings here have been excerpted from more than 100 eyewitness and secondary sources—including Anne Frank, Aldous Huxley, Thomas Keneally, Primo Levi, George Orwell, William L. Shirer, Albert Speer, and Art Spiegelman—and to read them today is to realize with a chill how potent and relevant they remain after more than 60 years. "Could the Holocaust happen again? Over the years I have often put the question to my young students," writes Elie Wiesel. "What happened once, could happen again. Perhaps I am exaggerating. Perhaps I am over-sensitive. But then I belong to a traumatized generation. We have learned to take threats more seriously than promises."