The China Mirage: The Hidden History of American Disaster in Asia 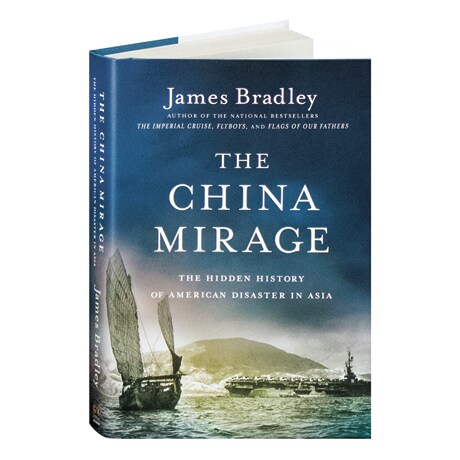 The China Mirage: The Hidden History of American Disaster in Asia

The author of Flags of Our Fathers, Flyboys, and The Imperial Cruise here explores the turbulent history of U.S.-China relations from the 1850s to the 1950s. He introduces us to prominent Americans—including Franklin D. Roosevelt's grandfather, Warren Delano—who made their fortunes selling opium in China, even as American missionaries sought Chinese peasants to be saved and Westernized. Decades later, FDR himself believed that supporting Chiang Kai-shek would make China America's best friend in Asia. James Bradley posits that American misconceptions about China have distorted our policies and led to the avoidable deaths of millions—and still define our relations today.