The Fever of 1721: The Epidemic that Revolutionized Medicine and American Politics 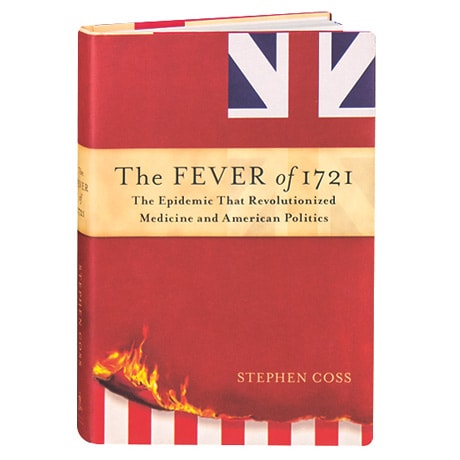 The Fever of 1721: The Epidemic that Revolutionized Medicine and American Politics

In 1721, during the worst smallpox epidemic in Boston history, Puritan preacher Cotton Mather convinced Dr. Zabdiel Boylston to try a radical procedure: making an incision in the arm of a healthy person and implanting it with smallpox. "Inoculation" led to the development of vaccination, one of the most profound medical discoveries in history, but public outrage at the time forced Boylston into hiding, and Mather's house was firebombed. Stephen Coss underscores the political fevers that were also running high in Boston, including Elisha Cooke forcing Royal Governor Samuel Shute to flee Massachusetts, a movement capitalized upon by Samuel Adams and other patriots, and reported on by James and Benjamin Franklin. Coss brings to life a remarkable cast of characters in a year that changed the course of medical history, American journalism, and colonial revolution.

"In 1721, Boston was a dangerous place.... In Coss's telling, the troubles of 1721 represent a shift away from a colony of faith and toward the modern politics of representative government."—NYTBR

"Coss's gem of colonial history immerses readers into 18th-century Boston and introduces a collection of fascinating people and intriguing circumstances. The author's masterly work intertwines Boston's smallpox epidemic with the development of New England Courant publisher James Franklin's radical press.... Unlike many other works on colonial America ... Coss's focus on a specific location at a specific time fleshes out the complex and exciting scene in sharp detail, creating a historical account that is fascinating, informational, and pleasing to read."—Library Journal (starred review)