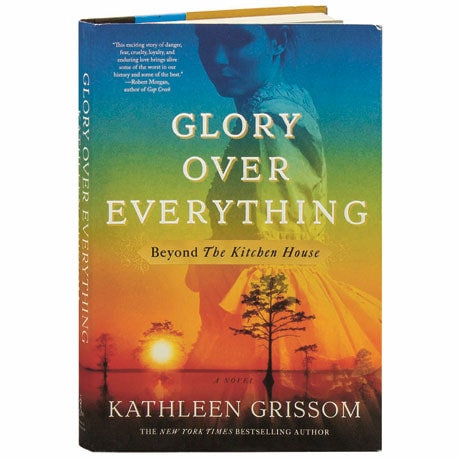 At once a sequel to her hugely poplar debut The Kitchen House and also a standalone novel, this story opens in 1830. The son of a plantation owner and a kitchen slave, Jamie Pyke fled his Virginian plantation and is now passing in Philadelphia society as a wealthy white silversmith. Jamie has achieved acclaim and security, only to discover that his aristocratic lover Caroline is pregnant. But before he can reveal his real identity to her, he learns that his beloved servant Pan has been captured and sold into slavery in the South. When Pan's father pleads for help, Jamie sets out to rescue him, knowing the journey will take him perilously close to Tall Oakes, and the ruthless slave hunter who is still searching for him. Meanwhile, Caroline's father learns and exposes Jamie's secret, and Jamie loses his home, his business, and finally Caroline herself. Heartbroken and with nothing to lose, Jamie embarks on a trip to a North Carolina plantation where Pan is being held with a former Tall Oakes slave named Sukey, who is intent on getting Pan to the Underground Railroad. Soon the three of them are running through the Great Dismal Swamp, the notoriously deadly hiding place for escaped slaves. Though they have help from those in the Underground Railroad, not all of them will make it out alive.

"Grissom is a first-rate storyteller.... A master of character creation and development, she draws a memorable cast.... Throughout the novel, Grissom neither moralizes nor excuses; instead, she observes with an unwavering but kind eye, and she bestows upon the reader, amid terrible secrets and sin, a gift of mercy: the belief that hope can triumph over hell."—Richmond Times Dispatch

"Like The Kitchen House, Glory over Everything will appeal to readers who appreciate a thought-provoking historical drama, making it a good selection for book clubs as well."—BookPage