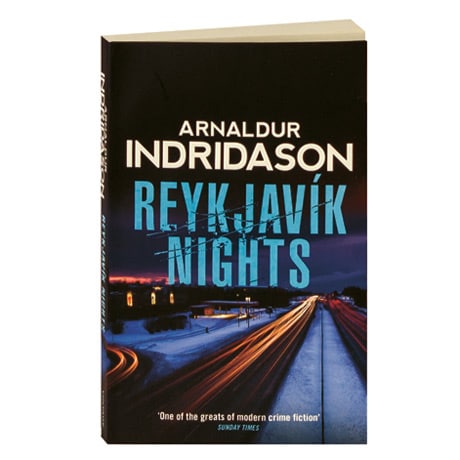 New to the Reykjavík police force, not yet a detective, young Erlendur is working the night shift. As he soon finds, the city's nights are full of robbers, drinkers, and fighters—and sometimes an unexplained death. A homeless man Erlendur knows is found drowned, and a young woman on her way home from a club vanishes; both cases go cold. They were two lost people from two different worlds, but Erlendur's instincts tell him that their fates are connected. Investigating the link, he is drawn into the blackness of the city's underbelly, where everyone is in the dark or on the run. Gold Dagger and Glass Key Award winner Arnaldur Indridason is one of Iceland's leading writers of crime fiction, best known for his Detective Erlendur series—crime thrillers layered with the unique social context of Iceland and leavened with droll humor between the detective and his compatriots. Reykjavíc Nights is part of the Young Erlendur prequel series, which looks back to the detective's early career.