Shylock Is My Name 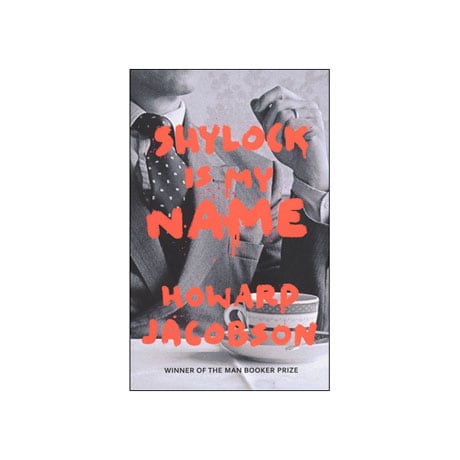 Shylock Is My Name

In his provocative and profound interpretation of The Merchant of Venice, Man Booker Prize winner Howard Jacobson juxtaposes the unforgettable character of Shylock against his present-day counterpart in the character of art dealer and conflicted father Simon Strulovitch. With characteristic irony, Jacobson presents Shylock as a man of incisive wit and passion, concerned still with questions of identity, parenthood, anti-Semitism, and revenge. While Strulovich struggles to reconcile himself to his daughter Beatrice's "betrayal" of her family and heritage—as she is carried away by the excitement of Manchester high society, and into the arms of a footballer notorious for giving a Nazi salute on the field—Shylock alternates grief for his beloved wife with rage against his own daughter's rejection of her Jewish upbringing. Culminating in a shocking twist on Shylock's demand for the infamous pound of flesh, Jacobson's insightful retelling examines contemporary, acutely relevant questions of Jewish identity while maintaining a poignant sympathy for its characters and a genuine spiritual kinship with its antecedent—a drama which Jacobson himself considers to be "the most troubling of Shakespeare's plays for anyone, but, for an English novelist who happens to be Jewish, also the most challenging." This book is part of the Hogarth Shakespeare series; in the spirit of Virginia and Leonard Woolf's Hogarth Press, founded a hundred years ago with the mission to publish the best new writing of the age, the Hogarth Shakespeare project sees Shakespeare's works retold by some of today's finest novelists.

"[An] ebullient riff on Shakespeare.... Jacobson's highflying wit is more Stoppardian than Shakespearean, even amid rom-com subplots and phallocentric jests equally well suited to Elizabethan drama as to the world of Judd Apatow."—NYTBR

"Supremely stylish, probing and unsettling.... This Shylock is a sympathetic character ... both savagely funny and intellectually searching, both wise and sophistical, intimate and coldly controlling.... Jacobson's writing is virtuoso. He is a master of shifting tones, from the satirical to the serious. His prose has the sort of elastic precision you only get from a writer who is truly in command."—Independent (London)