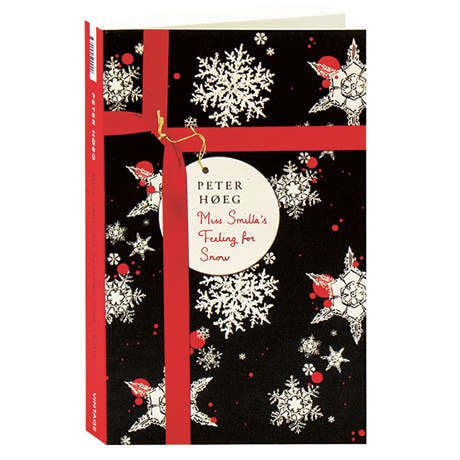 (Winner of the 1994 Silver Dagger and a finalist for the Edgar Award for Best Novel) One snowy day in Copenhagen, six-year-old Isaiah falls to his death from a city rooftop; the police pronounce it an accident, but the boy's neighbor and friend Smilla Jaspersen suspects he was chased over the edge. In this "subtle novel, yet direct, clever, wistful, unforgettable" (Ruth Rendell), Smilla embarks on a dangerous quest to find the truth, following a path of clues as clear to her as footsteps in the snow. Translated by Tiina Nunnally under the pen name F. David and published in the United States as Smilla's Sense of Snow, Danish author Peter Høeg's breakthrough novel inspired the Bille August film of the same name.

"Read Høeg's delicious, icy-cool, Scandinavian detective story while sunbathing on a Caribbean beach. We guarantee it will make you shiver."—Independent on Sunday (London)