The World of Tim Frazer: From the Creator of Paul Temple (Crime Classics) 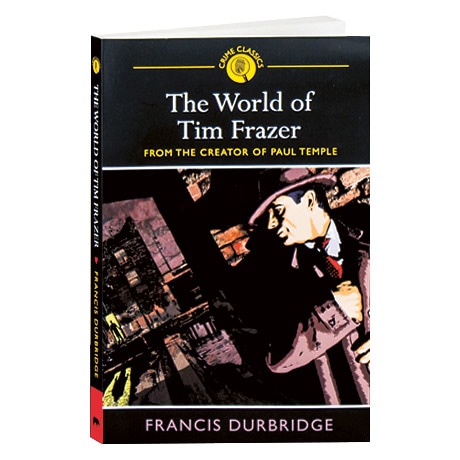 The World of Tim Frazer: From the Creator of Paul Temple (Crime Classics)

Tim Frazer receives a cryptic message from erstwhile business partner Harry Denston, telling him to meet him at a remote fishing village, in this 1962 thriller. But at the rendezvous, Tim finds no sign of Harry. Then a series of strange happenings—including a Russian shipwreck and a dying secret agent—pulls him into the murky world of international espionage and leads him to uncover the truth behind Harry's disappearance. Although Francis Durbridge (1912–1998) is best remembered for his creation Paul Temple, he penned several other first-class thrillers, including the Frazer trilogy, about an engineer who is gradually recruited as a spy by a secret government organization. The book is presented here in a handsome Crime Classics edition with a dramatic retro-styled cover.