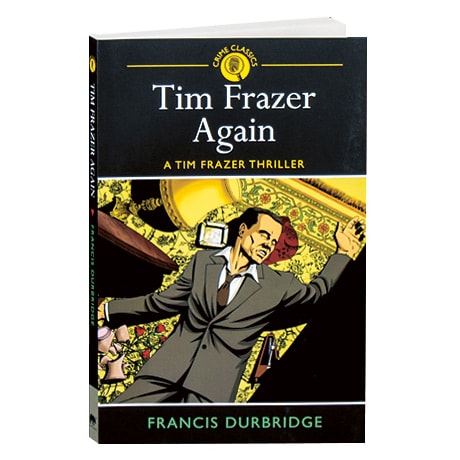 Special agent Leo Salinger is killed by a speeding car in Amsterdam, in this 1964 book, the second in a trilogy by Francis Durbridge (following The World of Tim Frazer). But was Salinger's death a genuine accident? And is the driver of the car, the beautiful Barbara Day, as innocent as she seems? Sent to investigate, Tim Frazer thinks she is, and strikes up a friendship with her. He returns to London convinced that Salinger's untimely death was pure misfortune—until, instead of the drinks date he was expecting, he finds a body. Although Durbridge (1912–1998) is best remembered for his creation Paul Temple, he penned several other first-class thrillers, including the Frazer trilogy, about an engineer who is gradually recruited as a spy by a secret government organization. The book is presented here in a handsome Crime Classics edition with a dramatic retro-styled cover.