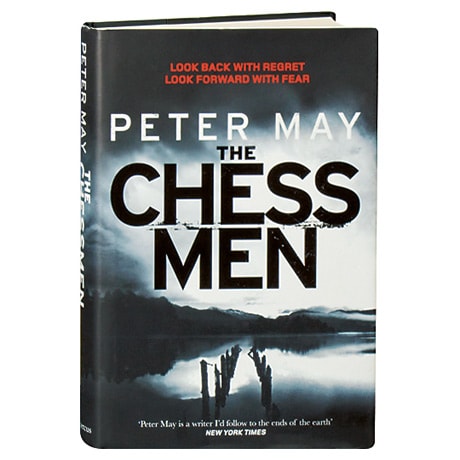 In this third book in Peter May's Lewis Trilogy, following Barry Award winner The Blackhouse and The Lewis Man, ex-inspector Fin Macleod is living again on the Isle of Lewis, working as a security officer for a local landowner. While investigating illegal activity on the estate, Fin encounters poacher Whistler Macaskill, his former childhood friend and bandmate. The two then witness a freak natural phenomenon that reveals a wrecked plane—one they both recognize—containing the body of their friend Roddy Mackenzie, whose flight disappeared 17 years earlier. But Whistler's face betrays something other than shock, and an icy chill of apprehension overtakes Fin. What secret has Whistler been hiding from him, and everyone else on the island? Fin is unprepared for how the truth about the past will alter the course of the future. Winning the Barry Award in the United States and numerous awards in his adopted home of France—including the national literature award, the CEZAM Prix Litteraire—May's haunting trilogy follows Edinburgh detective inspector Fin Macleod as he is drawn back to his boyhood home, the Isle of Lewis, to solve a mystery. The starkly beautiful landscape of the Outer Hebrides becomes almost a character itself in this series, rendered in unforgettable detail by the Scottish-born author, creator of the Enzo Files and China Thrillers series as well as major drama series for Scottish television.