Lawless and the Devil of Euston Square 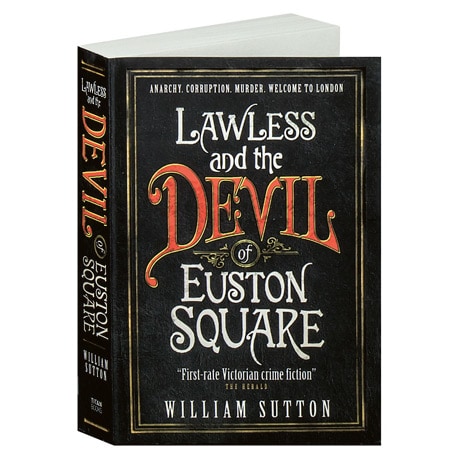 Lawless and the Devil of Euston Square

It is 1859, and Scotsman Campbell Lawless has just arrived in London, a novice constable. He is summoned by a streetwise urchin to the scene of a deadly act of sabotage at Euston Station, where he meets the illustrious Inspector Wardle, the "second-sharpest mind in London." The Scotland Yard detective believes that the man found dead amidst the wreckage is the culprit, but Lawless is not so sure; so begins his hunt for elusive revolutionary Berwick Skelton. Aided by the pint-sized Euston Square Worms gang and a vivacious librarian, Lawless must capture his underworld nemesis before Skelton unleashes his final vengeance, in this hilarious jaunt through London on the eve of the Underground from Scottish playwright William Sutton, the first mystery of the Lawless series.

"The novel's prose and interweaving plots are built like wrought-iron Victorian follies, reflecting the often absurd intricacy of the industrial revolution it charts.... It's an enormously well-researched account of what was going on from 1859–62, including the controversy over the building of the new London Underground. This mix of social history and mid-Victorian Keystone Cops makes Sutton's debut novel highly original and engaging."—Scotland on Sunday