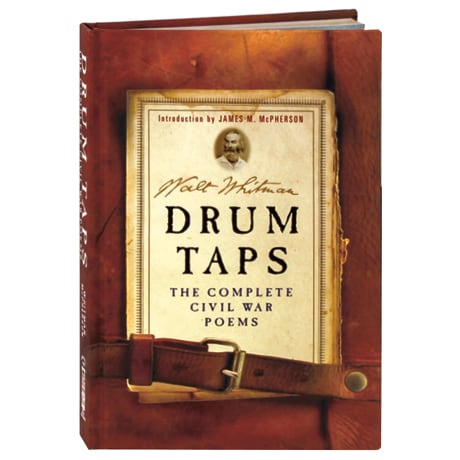 The Civil War was a defining period in Walt Whitman's life and poetry, and saw his conversion from a drum-beating unionist to a chronicler of the personal and profound costs of war, be it the wounded and dying men he tended in Washington, D.C., hospitals or the loss of Abraham Lincoln himself. In 1865 he self-published Drum-Taps, a collection of 53 poems inspired by the war, and soon after Lincoln's death he assembled an additional 18 poems in Sequel to Drum-Taps, containing "O Captain! My Captain" and "When Lilacs Last in the Door-Yard Bloom'd." Both are presented here in a handsome illustrated edition with photos by Mathew Brady, engravings by Currier & Ives, and watercolors by Winslow Homer, as well as a new introduction by historian James M. McPherson, an 1896 biographical sketch of Whitman from naturalist John Burroughs, and Whitman's own essays on Lincoln and the war.