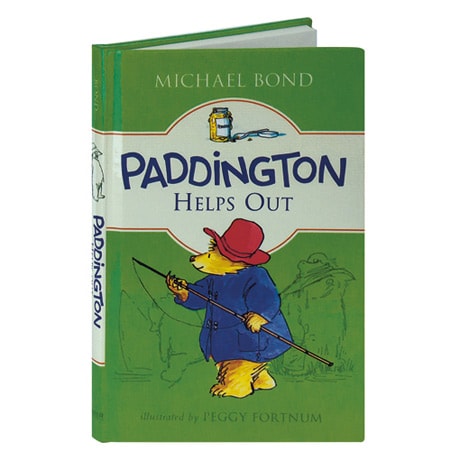 Since he first appeared in 1958, Michael Bond's furry little refugee in duffle coat and floppy hat has charmed his way into the hearts of children in Britain and around the world, starring in a varied series of chapter books, picture books, films, and animated television programs. First published in 1960, this is the third in the original series of Paddington books, for readers and listeners up to 11. Among the seven standalone chapter-stories here, the mishap-prone yet ever-helpful bear has a day on the river with the Brown family, accompanies Mr. Gruber to an auction, makes a scene of his own in a movie theater, prepares dinner for Mr. and Mrs. Brown, and takes Mr. Curry's washing to the laundromat.