The Hour of Peril 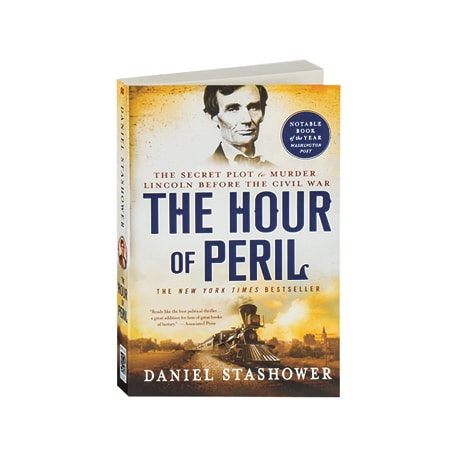 The Hour of Peril

(Winner of the 2013 Agatha Award and 2014 Edgar Award for nonfiction; one of the Washington Post's Notable Nonfiction Books of 2013) In this "history that reads like a race-against-the-clock thriller" (Harlan Coben), Daniel Stashower uncovers the true story of the "Baltimore Plot," a conspiracy to assassinate Abraham Lincoln in February 1861, just days before he assumed the presidency. As Lincoln traveled for 13 days by train from Springfield to Washington for his inauguration, storied detective Allan Pinkerton endeavored to uncover and thwart the very credible threat, assisted by young widow Kate Warne, America's first female private eye.

"This account of the little-known Baltimore-based plot to assassinate Lincoln ... hurtles across a landscape of conspirators, heroes and politicos in hotel suites, ladies' parlors and railway depots.... We can be grateful that Old Abe survived the first attempt on his life. And now we have the chance to relish the story of the clever and determined characters who were dedicated to his safety."—NYTBR