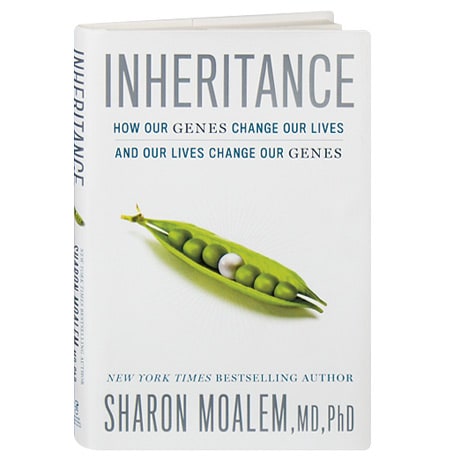 Our genetic destiny is not fixed at conception, as physician and research scientist Sharon Moalem reveals here; the human genome is actually far more fluid than we knew, and far more reactive to the world we inhabit. While you may have recovered from the psychological trauma of childhood bullying, for example, your genes may remain scarred for life, and some people with rare genetic conditions may hold the keys to medical problems affecting millions. Also the author of How Sex Works, Moalem again employs his engaging interdisciplinary approach to explain how art, history, superheroes, sex workers, and sports stars all help us understand the impact of our lives on our genes, and our genes on our lives.

"A wide-ranging and breezily written survey of an immensely important field—the science of how we may 'tweak' our fixed genetic heritage to produce health and well-being. The narrative moves quickly.... It is especially thrilling for a geneticist, of all people, to emphasize 'it's not only what our genes give us that's important, but also what we give to our genes."—Scientific American

"In the biological tug-of-war between nature and nurture that determines exactly who you are, there is no clear-cut winner. To explain why, physician-scientist Moalem invokes two important concepts, flexible inheritance and epigenetics. Flexible inheritance is defined as 'the relationship between what our genes do to us and what we do to our genes.' Turns out that genetic traits can change. Genes are surprisingly sensitive. How we live influences our DNA. Moalem likens genes to 'thousands upon thousands of little light switches, some are turning on while others are turning off.' An example of epigenetics is how a chemical (betaine) contained in spinach can ward off genetic mutations that give rise to cancer. Many rare hereditary metabolic disorders are discussed in the book. The ways that doctors utilize the study of genetics in their medical practices are described. Human beings are more than the product of a genetic blueprint. As Moalem writes, 'We are the genetic culmination of our life experiences, as well as every event our parents and ancestors ever lived through and survived'."—Booklist