The Marriage Game: A Novel of Queen Elizabeth I 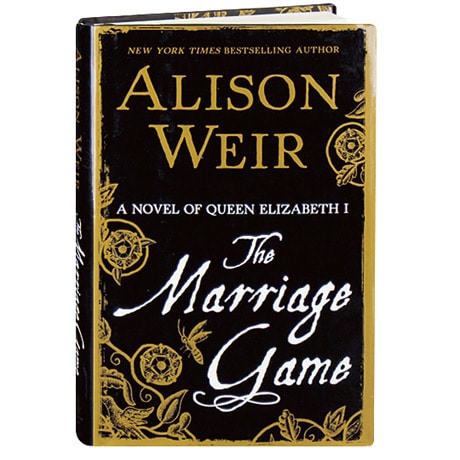 The Marriage Game: A Novel of Queen Elizabeth I

Only 25, the newly crowned Elizabeth vows to rule the country as both queen and king, in this sequel to The Lady Elizabeth. Her counselors press her to form an advantageous marriage and produce an heir, but it is the dashing—though married—Robert Dudley who lays claim to Elizabeth's heart. Their flagrant flirting, unescorted outings, and the appointment of Lord Robert to Master of Horse inspire whispers through the court. When Robert's wife is found dead, the shock is followed by accusations of murder. As they navigate the choppy political, economic, and religious waters around them however, the greatest obstacle to marriage between the Queen and her true love may come not from outside forces, but from within. With intricate historical detail and captivating prose, Alison Weir explores one of history's most provocative "Did they or didn't they?" debates, along with the alliances, duplicities, intrigue, and emotions of a woman intent on sovereignty—over her country and herself.

"Weir's impeccable reputation as both a historian and a master storyteller guarantees a huge audience for another intriguing Tudor-themed tale."—Booklist

"Weir's credible characters and blend of the personal and political will sweep up readers of this engrossing behind-the-scenes psychological portrait of Elizabeth."—Publishers Weekly