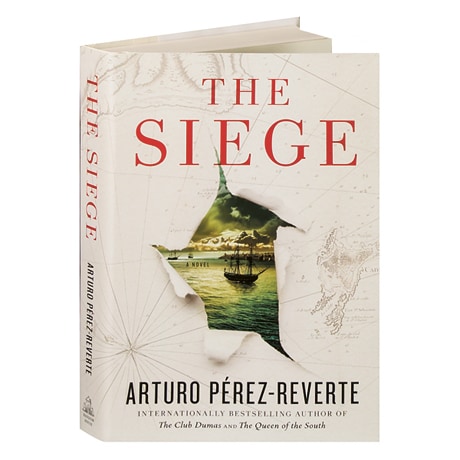 (Winner of the 2014 CWA International Dagger Award) Cádiz, 1811: The Spanish port city has been surrounded by Napoleon's army for a year, enduring routine bombardments and living in constant fear of a French invasion. Yet another evil has loosed itself in the city, and the bodies of random women have begun to turn up throughout Cádiz—victims of a shadowy killer. The author of The Club Dumas and the Captain Alatriste series introduces us to Police Comisario Rogelio Tizón, whose inquiry into the murders reveals that each victim has been found where a French bomb exploded. In his mind, the city itself has become a living chess game, with himself and the killer as the players. Also on the board are a Spanish taxidermist who doubles as a French spy; the young woman who uses her father's mercantile business to run the enemy blockade; the rough-edged corsair who tries to resist her charms; and the brilliant academic furiously trying to perfect the French army's artillery and bring Cádiz to its knees once and for all.

"A genre-bending literary thriller.... Pirates; serial killings; steamy, unrequited love: [Arturo] Pérez-Reverte imbues the sensational with significance.... His descriptions of the town and people of Cádiz capture colors, smells and personalities, making the page come to life, and he balances these sensory passages with dense observations about history, metaphysics, science, and human nature."—Kirkus Reviews