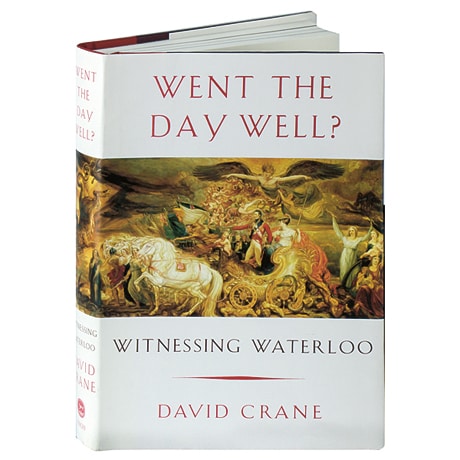 June 18, 1815: Britain holds its breath as the Battle of Waterloo commences. Since Napoleon's escape from Elba in February, Europe has been jolted from 11 months of peace back into the frenzied panic of a war supposedly ended. "The whole complexion of the world is changed again," wrote American scholar George Ticknor, then a young lawyer visiting Britain. "God only can foresee the consequences." What was the country doing on that Sunday? Who was born to live out their lives in the Britain created at Waterloo? Who died, never knowing what was to become? Who was preaching, who was writing, and who was painting? From "Mad King George" downward, historian David Crane gives us a superbly detailed snapshot of the men and women of the United Kingdom as they went about their business, attended lectures, or worked in fields and factories—all on the cusp of a new, unforeseeable age.

"Of the many books that have been written to mark [the] bicentenary of the battle of Waterloo, Crane's surely ranks among the most original. His is not just the story of the climactic carnage that ended the Napoleonic Wars, but a finely balanced narrative that flits seamlessly between the battlefield and the British home front.... Crane holds up the battle as a lens through which we see a warts-and-all portrait of Britain 200 years ago."—NYTBR

"A delightful chronicle of how Britons, famous and obscure, in and out of the Duke of Wellington's army, experienced the iconic battle.... A fascinating panorama of Great Britain during the summer of Waterloo."—Kirkus Reviews (starred review)