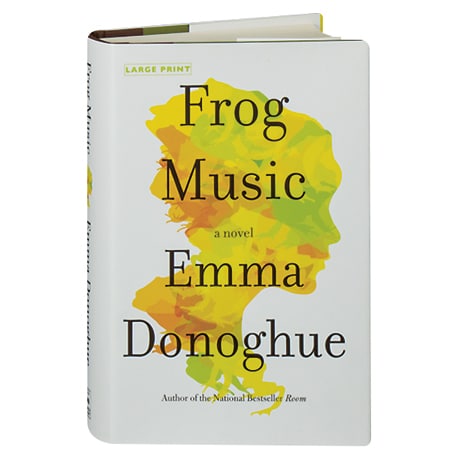 During a heat wave in 1876 San Francisco, a young woman named Jenny Bonnet is shot dead through the window of a railroad saloon, in this 2014 novel by the author of the Booker Prize-nominated bestseller, Room. French burlesque dancer Blanche Beunon combs Chinatown's seedy underworld to find her friend's killer, but as she also seeks the infant son she gave away, Blanche may make herself the next target of the assassin's bullet. This edition includes an afterword in which Emma Donoghue explains the historical basis of her story, and an intriguing overview of the vintage songs referenced in the book.

"Donoghue's first literary crime novel is a departure from her bestselling Room, but it's just as dark and just as gripping as the latter.... Aside from the obvious whodunit factor, the book is filled with period song lyrics and other historic details, expertly researched and flushed out.... Donoghue's signature talent for setting tone and mood elevates the book from common cliffhanger to a true chef d'oeuvre."—Publishers Weekly (starred review)

"Emma Donoghue shows more than range with Frog Music—she shows genius.... As ever, Donoghue focuses on people on the skirts of the world, who make their way outside the common middle of things. Blanche and Jenny are characters you will never forget, filmed in vibrant, cinemascope prose, and they mark Emma Donoghue's greatest achievement yet."—Darin Strauss