The 10 Best Games of All Time 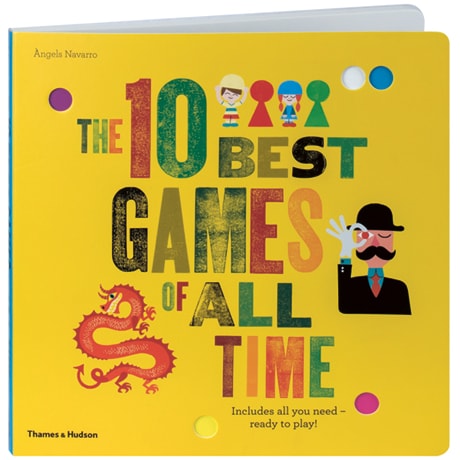 The 10 Best Games of All Time

Do you know your Draughts from your Nine Men's Morris? Your Ludo from your Snakes and Ladders? Along with these favorite British games you'll also find the Goose Game (medieval Germany); Solitaire (18th-century France); Chinese Checkers (in reality, a German game based on an American one); Bizingo (inspired by the American Civil War); the Royal Game of Ur (from ancient Mesopotamia); and Agon (or Queen's Guard) from 19th-century Europe. Designer Àngels Navarro gives each board a playful graphic design. Presented in an oversized board book with five removable double-sided game boards, the collection includes tokens, playing pieces, and even an ingenious slot-together die.