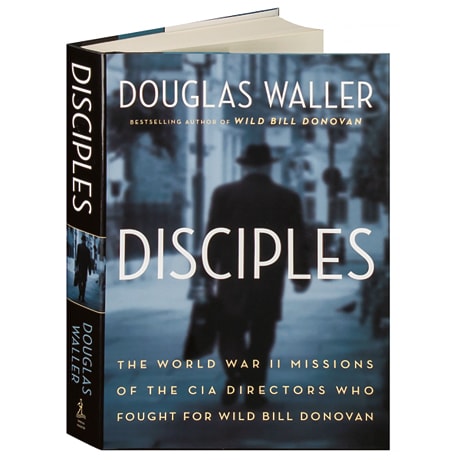 The author of Wild Bill Donovan here follows four OSS agents under Donovan in World War II, each of whom would eventually take the leadership of the CIA: Allen Dulles ran the OSS's most successful spy operation against the Axis; Bill Casey organized dangerous missions to penetrate Nazi Germany; Bill Colby led OSS commando raids behind the lines in occupied France and Norway; and Richard Helms mounted risky intelligence programs against the Soviets in Berlin after Germany's surrender. Douglas Waller traces their complex and daring wartime operations in remarkable detail, and considers how their experiences prepared them for their management (or mismanagement) of the CIA.

"A textured adventure story that emerges from Waller's command of the archival material and his fluid writing style. That latter gift helps Waller overcome what could have been the cumbersome task of weaving together four distinct war experiences ... [he] moves among these biographies with ease."—Washington Post