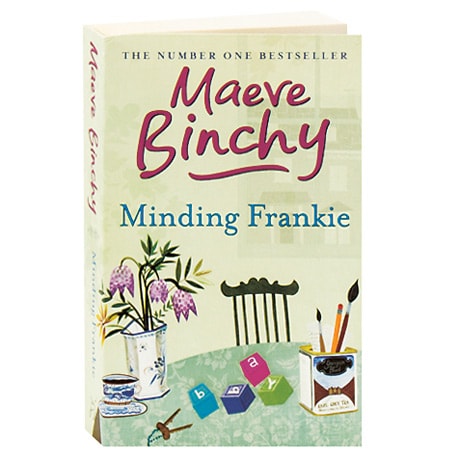 Baby Frankie has been born into an unusual family. Her mother is desperate to find someone to take care of her child and she doesn't have much time. Noel doesn't seem to be the most promising of fathers but despite everything, he could well be Frankie's best hope. As for Lisa, she is prepared to give up everything for the man she loves; surely he's going to love her back? And Moira is having none of it. She knows what's right, and has the power to change the course of Frankie's life. But Moira is hiding secrets of her own. In her last novel published in her lifetime, Maeve Binchy weaves a tale about unconventional families, relationships that aren't quite what they seem, and the child at the heart of everyone's lives. One of our favorite storytellers at Daedalus, the Irish PEN Award winner and longtime Irish Times columnist wrote 17 novels and four collections of short fiction, from Light a Penny Candle and Circle of Friends to Tara Road and Chestnut Street. "Binchy makes you laugh, cry, and care," noted the San Francisco Chronicle. "Her warmth and sympathy render the daily struggles of ordinary people heroic and turn storytelling into art."

"Reading a Maeve Binchy novel is like settling in for a cozy visit with an old friend. In vintage Binchy style, a cast of colorfully eccentric characters living in a snug Dublin neighborhood seamlessly weave in and out of each other's lives, united by family, faith, friendship, and community. When a young alcoholic learns he has fathered a child with a dying woman, he must step into the role of father, protector, and provider to his infant daughter, Frankie, in a matter of weeks. Determined to succeed, though totally unprepared for his new responsibilities, Noel gets an essential assist from his visiting American cousin. Exercising her tremendous gifts of organization and insight, Emily cobbles together a neighborhood support system, featuring a few familiar faces from previous Binchy books. As everybody begins to mind Frankie, a suspicious social worker pokes her nose in where it doesn't belong, attempting to dredge up any dirt she can on Noel and his slightly unorthodox network of babysitters. Readers will need a box of tissues handy as the good-hearted residents of St. Jarlath's Crescent prove that it does indeed take a village to raise a child."—Booklist