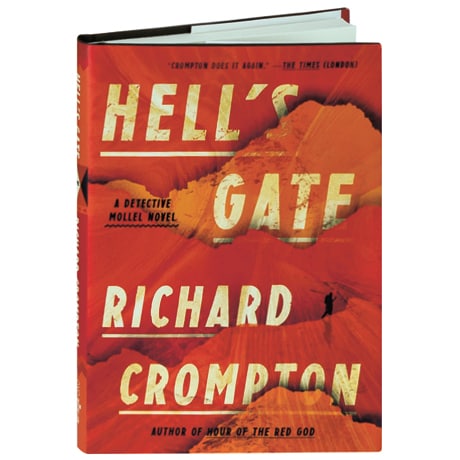 When we first met Detective Mollel in Hour of the Red God, the Maasai warrior-turned-detective was heralded as "a wonderfully complex and tragic protagonist" (Booklist). In this second outing for Mollel, he has been banished from Nairobi to Hell's Gate, a fly-blown town on the edge of a national park, his career dead-ended, he thinks, because the police force is a close-knit group and they have not taken kindly to a stranger in their midst. Mollel suspects them of the extortion and bribery that plague the force, but when the body of a flower worker turns up in the local lake, he begins to wonder if they might be involved in something even more disturbing.

"Few would have considered a Masai warrior turned Kenyan detective as a hugely attractive crime fiction hero. But in Hell's Gate [Richard] Crompton does it again.... Mollel tackles a variety of crimes, including corruption and murder, with a beguiling blend of moroseness, honesty, confusion and astute wisdom."—Times (London)