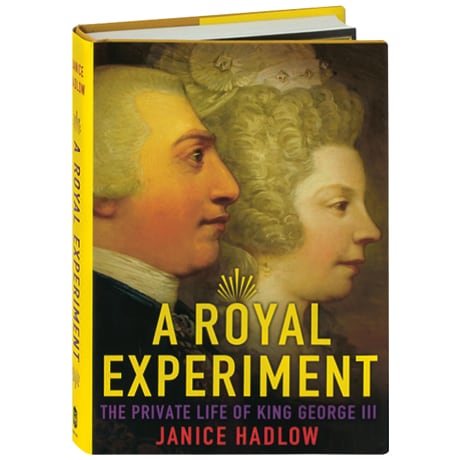 (A Sunday Times Best Book of 2014) In the United States, Britain's George III is known as the king from whom America won its independence, and later as "the mad king," but in this biography from former BBC executive Janice Hadlow he emerges as a surprisingly moral and decent man who tried to break the Hanoverian mold. Both his father and grandfather had been faithless husbands who hated their own sons, raising families full of angry, jealous schemers. George III aspired to be a new kind of king, and a better kind of man, and his struggle—along with his wife Queen Charlotte and their 15 children—to pursue a happy private life provides a new and fascinating perspective on royal history.

"A masterpiece. Beautifully written, impeccably researched, this heartbreaking narrative of family dysfunction and royal sacrifice is an absolute page-turner."—Amanda Foreman

"Hadlow paints subtle psychological portraits ... never rushing through the 'highlights' and giving a full picture of the family members in all their facets. She even dares to touch on the endless boredom of life at court ... without ever becoming boring herself."—NYTBR