Alex Through the Looking-Glass 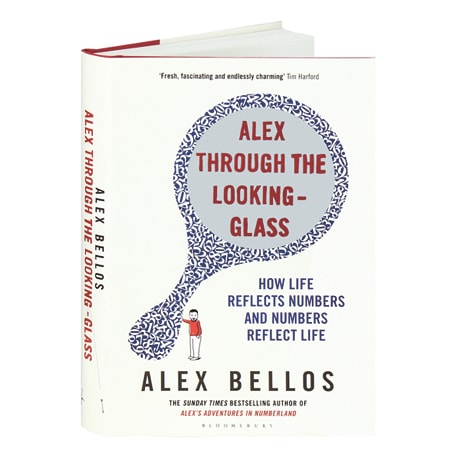 Alex Through the Looking-Glass

In this follow-up to his Samuel Johnson Prize finalist Alex's Adventures in Numberland, Alex Bellos somehow manages to turn the subject of math into something—dare we say it?—irresistibly entertaining. Also a foreign correspondent and the math blogger for London's Guardian newspaper (as well as the author of The Grapes of Math and Here's Looking at Euclid), Bellos takes us along on a globe-hopping journey of discovery. In Oregon he meets a private eye who catches bad guys with a numerical magic trick; in France he conspires with an anonymous member of a secret mathematical sect; in Illinois he visits the mathematician who searches for universes from his garage; in Germany he is enthused by the engineer who designed the first rollercoaster loop; and at home in London he sifts through more than 30,000 survey submissions to reveal the world's favorite number.

"If you're someone who has always considered maths dull or boring, think again. In this engaging journey of mathematical discover, Bellos travels around the world to prove that numbers are fun and have changed us in fascinating, often surprising ways."—Daily Telegraph (London)

"Sprinkled with similarly surprising revelations about familiar mathematical objects.... Bellos has a fantastic knack of making you feel as if you're sharing a room with these mathematical explorers."—New Scientist