Rendezvous with Destiny: How Franklin D. Roosevelt and Five Extraordinary Men Took America into the War and into the World 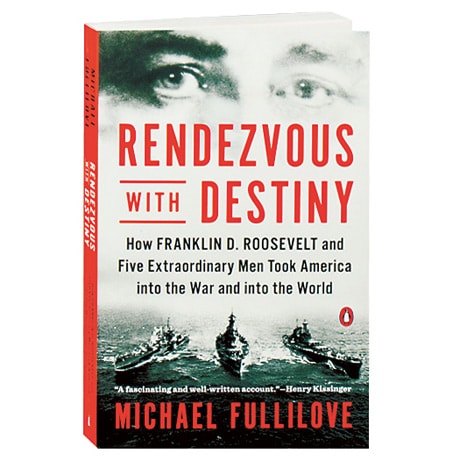 Rendezvous with Destiny: How Franklin D. Roosevelt and Five Extraordinary Men Took America into the War and into the World

A former prime ministerial adviser in Australia, now the executive director of the Lowy Institute in Sydney and a senior fellow at the Brookings Institution in Washington, D.C., Michael Fullilove offers this fascinating perspective on Franklin Roosevelt and his back-channel preparations for the entry of the United States into World War II. Between Hitler's invasion of Poland in September 1939 and the attack on Pearl Harbor in December 1941, Roosevelt skirted diplomatic channels to send five men—Sumner Welles, William "Wild Bill" Donovan, Harry Hopkins, Averell Harriman, and Wendell Willkie—as personal envoys to Britain and Russia, first to assess these allies' strengths and later to explain such U.S. policies as the Lend-Lease program.

"Narrative history in its best and most gripping form.... I understand FDR's talents and the drama of America's entry into war in a new way after reading this book."—Atlantic