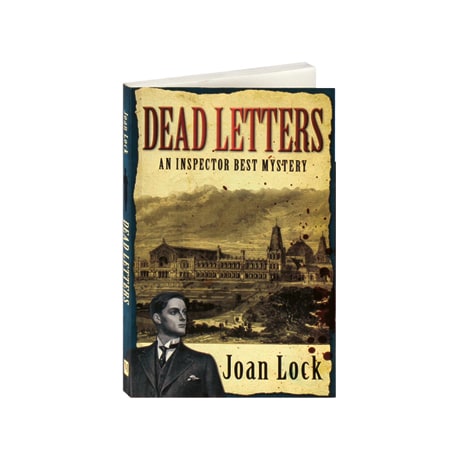 It is a beautiful warm August day in 1880—perfect weather for the Metropolitan Police Annual Fęte held at Alexandra Palace, in this third Inspector Best novel from former London policewoman Joan Lock. Best is summoned to uncover the identity of a provocateur who calls himself "Quicksilver" in a note threatening to cause a horrific explosion at the fęte. After a second note is received, which only muddies the nature of the threat through its confusing literary allusions, Best seeks the help of Helen Franks, a close friend from the past, to decode the mysterious messages. Is Quicksilver really intent on causing mass murder, Best wonders, or is his desire of a more personal nature?

"With thousands of Londoners attending the festivities, it will be almost impossible to uncover Quicksilver's plot. But if anyone can accomplish the impossible, it is Inspector Ernest Best. After laying on every on- and off-duty policemen in Greater London and trying to guess where Quicksilver will strike, Best is only partly successful in averting disaster. The main pavilion explodes, thankfully after being evacuated, but a woman dies on the merry-go-round, apparently poisoned.... Multilayered, ingeniously plotted, atmospheric and suspenseful, with an appealing hero and attention-getting doses of both humor and tragedy, Lock's latest Inspector Best novel makes outstanding reading for historical mystery buffs."—Booklist (starred review)