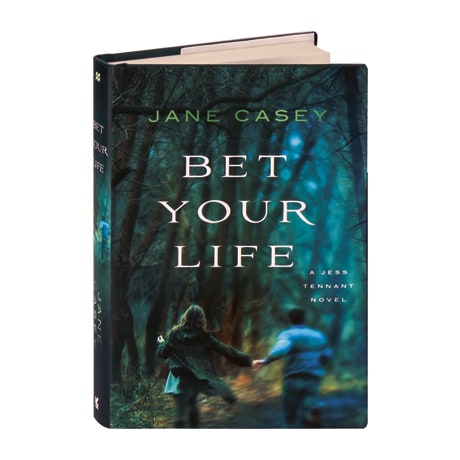 In this second young adult mystery from Irish crime writer Jane Casey, former Londoner Jess Tennant is beginning to relax and think of the seaside English village of Port Sentinel as home, now that the traumatic events of last summer are several months behind her. But in this sequel to How to Fall, the feisty, tenacious 16-year-old sleuth is called upon after a Halloween-night attack on one of her classmates puts him in a hospital; Seb Dawson may not survive, and though Jess might not have liked this bully, he surely didn't deserve to be beaten like this. When the police don't seem to be taking the case seriously, Seb's sister asks Jess to investigate. But after Jess discovers the dangerous game Seb was playing, she finds herself fighting for her life.

"Though the altercation nearly killed Seb Dawson, Jess is hard-pressed to find someone who's actually broken up about it. Most students, and even Seb's stepmother, believe he had it coming ... but Jess takes the case anyway as a favor to his younger half-sister. What she finds is evidence of a wealthy bully with a trail of girls and women alike who count themselves victims of Seb's blackmail.... A near-death-by-fire encounter brings [Jess] and policeman Dan Henderson, her ex-boyfriend's father, closer and also complicates her personal life with on-again-off-again boyfriend Will. And just when she thought she was finally settling into Port Sentinel, her absentee father decides to move to town to woo her mother back post-divorce.... Casey has really grown into writing for teens with this second installment.... The balance between the mystery and Jess's complicated love life add to the intriguing stories of the many secondary characters."—School Library Journal